Gold has always been considered a safe economic investment and treated as a currency. All of the economically advanced countries in the world have been on the gold standard for a relatively brief period. Under a gold standard, the value of a monetary unit, such as a dollar, is defined in terms of a fixed weight of gold, and banknotes or other paper money are convertible into gold Consequently. Explore the fascinating history of the gold standard through the lens of history and also learn why banks hold a certain fraction of deposits as reserves.

Under a gold standard, the value of a monetary unit, such as a dollar, is defined in terms of a fixed weight of gold, and banknotes or other paper money are convertible into gold Consequently. Although the monetary systems of some countries have sometimes been based on the gold standard, all the economically advanced countries of the world have been on the gold standard for a relatively brief period – approximately from 1870 to 1914, called the period of the classic gold standard. Standard.

Minting of gold dates back to 700 BC in the Mediterranean world and continued under the Roman Empire. Gold coinage disappeared from Europe in the Middle Ages, but in the 13th century Florence popularized gold coinage in Italian cities. The influence of Italian towns seems to have brought the practice of gold coinage to England, where it became established, especially after the middle of the 14th century. Charles II introduced a new English gold coin called the guinea in 1663. From England, gold coinage then spread to the rest of Western Europe.

The Gold Standard – The Beginning 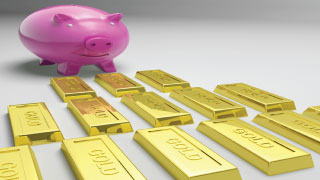 At the start of the 19th century, no European country was on a gold standard or had developed a gold standard system. England and other countries minted both gold and silver and fixed the conversion rate at which gold could be exchanged for silver. England was still officially on a sterling silver standard, but in the 18th century the English government overvalued gold relative to silver causing an outflow of silver and an influx of gold and raising gold to a position of preeminence in the English monetary system. In normal times, banks redeemed paper money from cash reserves (precious metal coins), but during the wars with revolutionary France and Napoleon, the Bank of England suspended redemption of its banknotes. cash bank. After Napoleon’s defeat in 1815, Parliament turned its attention to resuming cash payments and passed the Coinage Act of 1816. This act put England permanently on the gold standard, while the rest of Europe remained on a silver or bimetallic standard. In 1819 Parliament passed the Act for the Resumption of Cash Payments, which provided for the resumption by 1823 of the convertibility of Bank of England banknotes into gold specie. By 1821, the gold standard was fully operational in England. With the exception of England, most countries operated bimetallic systems until the 1870s. In a bimetallic system, gold and silver coins circulated as legal tender. 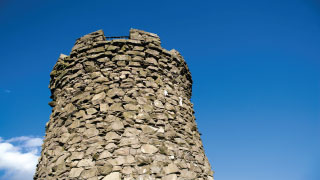 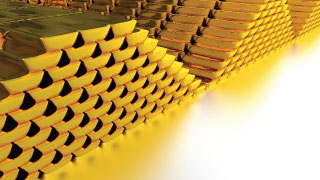 By the late 1870s, France, Germany, Holland, Russia, Austria-Hungary, and the Scandinavian countries were on the gold standard. The bimetallic system became troublesome because official conversion rates between gold and silver often differed from the rate that existed in the precious metals market. Gold discoveries in California and Australia flooded the precious metals markets and gold began to replace silver as the medium of circulation in France and other European countries. The wars and revolutions of the mid-19th century again forced governments to issue inconvertible paper money. Governments have often restored convertibility by establishing the gold standard. If the gold standard had a golden age, it was between 1870 and 1914, when it acted as a brake on the issuance of paper money. If prices in country A were to rise faster than prices in country B, residents of A would start buying more goods from country B. Gold would flow out of country A into country B, increasing the money supply in the country B and decreasing it in country A. These changes in the money supply caused prices to fall in country A and to rise in country B. These adjustments restored equilibrium, eliminating the need for new flows of gold and stabilizing prices at an equilibrium level.

The end of the gold standard 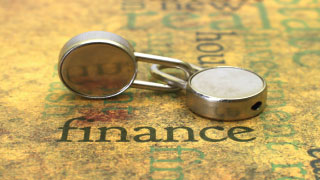 World War I ended the gold standard, partly because the export of gold was not possible after 1914, and partly because governments wanted the freedom to print additional paper money for the war effort. The end of World War I set the stage for an international gold rush as countries attempted to re-establish national gold standards. Britain and France have kept their currencies overvalued in terms of gold, hurting the competitiveness of their export industries in foreign markets and causing recessions at home. The economic meltdown of the 1930s sounded the death knell of the gold standard for the domestic servant. Governments wanted the freedom to follow cheap money policies in the face of a severe depression. The United States Gold Reserve Act of 1934 authorized the US Treasury to buy and sell gold at a rate of $35 per ounce of gold in order to stabilize the value of the dollar in foreign exchange markets. This legislation laid the groundwork for the world to return to the gold standard for international transactions after World War II. The value of the dollar was fixed in gold and the value of other currencies was fixed in dollars. The system only became fully operational after World War II, when most countries lifted gold export bans. This gold exchange standard for international transactions remained in effect until 1971.

In 1971, the United States, after experiments with devaluation, suspended the conversion of dollars into gold as the only way to stem a large outflow of gold. The abandonment of the gold standard preceded the worldwide surge in inflation in the late 1970s, and critics attributed the inflation to the loss of discipline provided by the gold standard. The inflation of the 1970s can be attributed to many factors, such as shortages of important commodities, powerful unions, monopolistic prices, and unruly monetary growth. 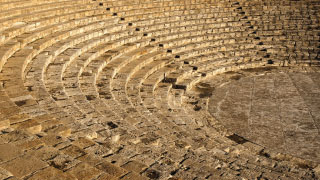 Most economists regard the gold standard as a relic of history. In the absence of a gold standard, governments and monetary authorities enjoy greater flexibility to adjust the national currency to meet national inventory needs. The experience of the 1980s and 1990s suggests that countries can control inflation without the gold standard. Swedish currency was until 1931 backed by gold and paper certificates could be exchanged for gold coins. The bank was obliged until 1975 by the Swedish constitution to exchange the paper certificates for gold, but in 1931 a specialized temporary law was drafted to release the bank from these obligations. This law was renewed every year until the new constitution was ratified in 1975, which separated the bank from the government into an autonomous organization not obliged to exchange banknotes for gold. 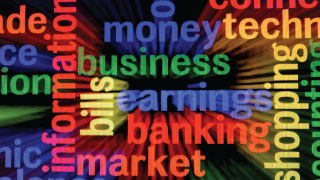 The principle of fractional-reserve banking is central to the modern commercial banking system. During a given period, a bank will receive new deposits while existing deposits are withdrawn. Normally, fresh deposits and withdrawn deposits cancel each other out. Despite daily deposits and withdrawals, a bank maintains an average level of deposits which represents funds that the bank can largely keep on loan. For safety, banks retain a certain fraction of deposits, called reserves (hence the banking fractional reserve), to cover themselves over periods of time when deposits withdrawn exceed new deposits. Because these reserves earn no interest, banks are tempted to reduce the reserve margin a little. If adequate, these reserves allow a bank to ride out a crisis of confidence when masses of people suddenly withdraw their deposits out of fear.