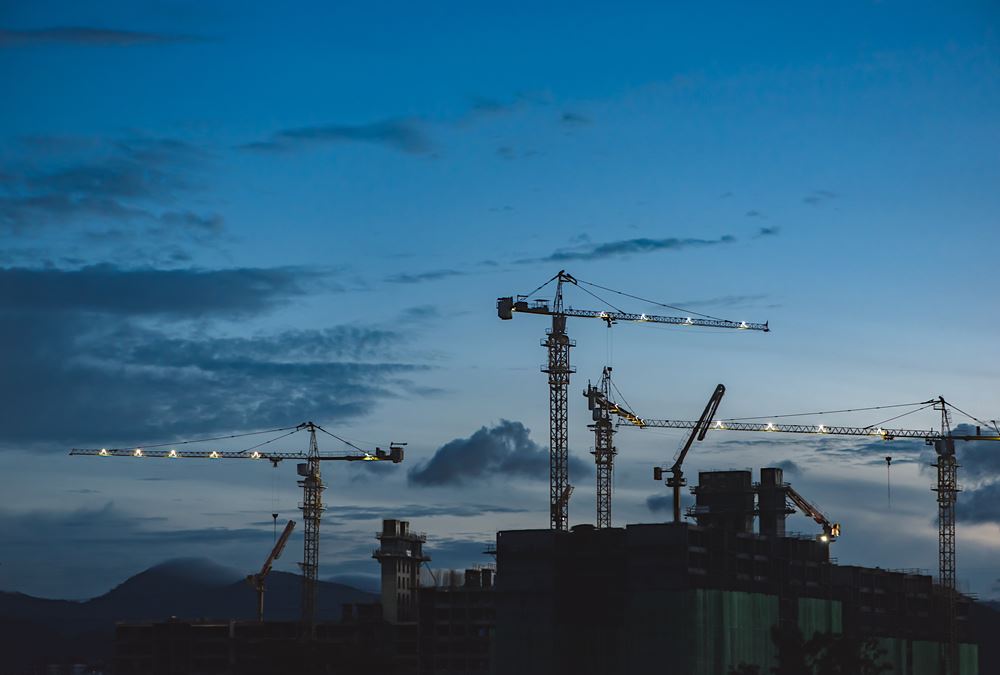 Construction is the oldest and one of the largest industries in the world with a market size of around ten trillion US dollars. Construction has traditionally been a contract business since the good old days, the industry includes a very large number of small businesses. Today, the construction industry is one of the most important industries in any economy. It makes a significant contribution to the national economy and provides jobs for a large number of people.

Construction is a general term for the art and science of forming objects, systems or organizations. Construction is an industry that includes the erection, maintenance and repair of buildings and other immovable structures, as well as the construction of roads and service facilities that are an integral part of the structures and essential to their use . In its most widely used context, construction covers the processes involved in the delivery of buildings, infrastructure and industrial facilities, and associated activities until the end of their life. Construction includes structural additions and alterations, but excludes the construction of movable structures such as trailers and ships. It usually starts with planning, financing, design, execution, construction, and also covers repairs and maintenance and improvement works.

The United States Department of Labor defines the construction industry as businesses engaged in the construction of buildings or engineering projects, such as bridges and roads. Construction work also takes place during the renovation of existing buildings.

History of the construction industry

Construction is as old as history, as mankind has been building structures for centuries. The first huts and shelters were built by hand or with simple tools. Most early buildings have not survived this century because they were made of non-permanent materials. As cities developed in the Bronze Age, a class of professional craftsmen, such as masons and carpenters, emerged. From the architect’s dream and the engineer’s efforts to the end user’s satisfaction, construction represents many of our civilization’s noblest achievements. The formal building industry itself officially began 3,000 years ago when the Egyptians began to organize and build large stone and fired brick structures. The 3,000-year-old Egyptian pyramids are assembled from gigantic blocks of stone; The 2,500-year-old Mayan temples in Guatemala are made of hand-carved stone. In North America, the origins of the construction industry coincided with the rise of agriculture and the need for residences as more and more settlers arrived in the colonies.

Some stone and baked brick structures have survived and the builders of history have left us many structural wonders. Among the classics of the past are the pyramids of Egypt, the Taj Mahal and the Great Wall of China. The first buildings in North America were flour mills, watermills, windmills and residences.

In 1796, a major breakthrough in building design occurred, when industry began to use cast iron pillars which allowed architects and builders to construct buildings over 10 stories tall. In the 19th century, 14- and 15-story buildings were constructed and equipped with mechanical elevators, precursors to modern skyscrapers that rise over 100 stories.

It is supposed to be the first indicator of the health of the economy. Its acceleration initiates sustained economic growth and vice versa. Korea, Taiwan and Hong Kong have used the construction sector to build themselves into a vibrant economy. Malaysia and China are using the same strategy, rebuilding their cities and highways, etc. become major players in the global economy.

Each type of construction project requires a unique team to plan, design, construct and maintain the project. In general, there are three types of construction: