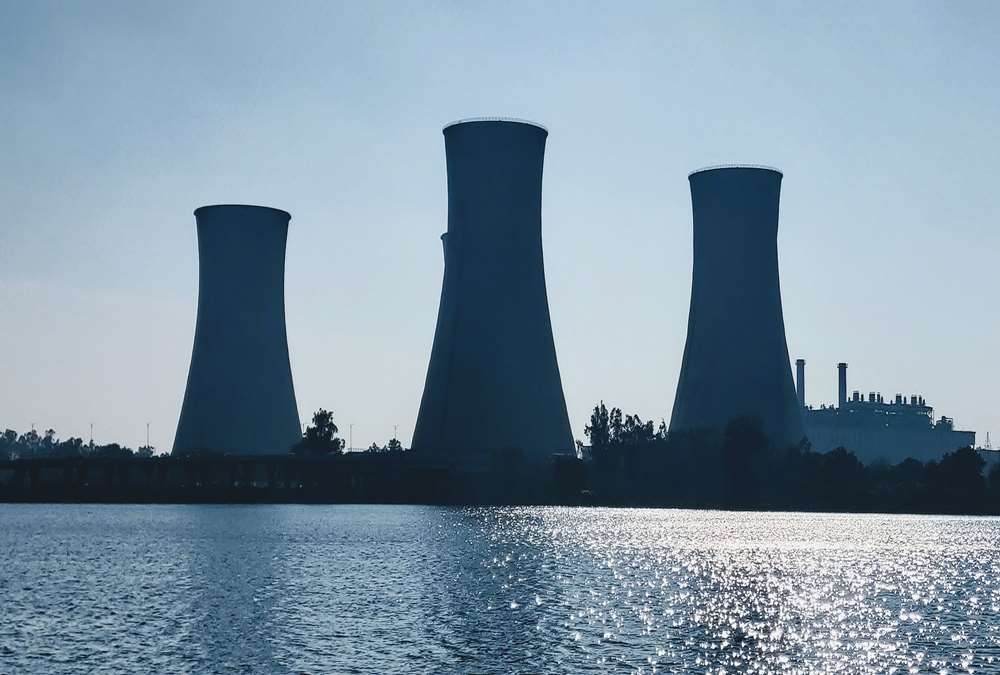 Nuclear energy is the use of sustained nuclear fission to produce heat and electricity. Nuclear power plants provide about 6% of the world’s energy and 13-14% of the world’s electricity, with the United States, France and Japan together accounting for about 50% of nuclear-generated electricity. In 2007, the IAEA reported that there were 439 active nuclear reactors worldwide, operating in 31 countries.

A brief history of the nuclear power industry

The 60-year history of commercial nuclear power has been punctuated by dramatic political changes. The first 20 years, marked by limited public participation, tight government control and promises of clean, abundant energy, were followed by a period of intense social and political conﬂict over the environmental and safety implications of the technology. Nuclear policy in the United States and most European countries has shifted from full support to a more ambivalent stance, resulting in a dramatic slowdown in new plant construction.

Scientists in the former Soviet Union and the West who developed nuclear weapons during World War II and the early Cold War realized that the enormous energy produced by nuclear fission could be harnessed either for direct use, i.e. to generate electricity. It was also clear that nuclear fission energy would allow the development of compact and durable energy sources that could have various applications, including the propulsion of ships, especially submarines. From their origins in naval nuclear programs, light water reactors have become an important source of electrical power in many countries.

In the late 1960s, the costs of generating electricity from coal-fired and nuclear power plants were comparable; nuclear power plants were more expensive to build but had lower fuel and operating costs. By the early 1970s, utilities were ordering roughly equal amounts of coal and nuclear capacity. Within a few years, however, the bottom of the market collapsed, sparing no sector of the industry. Significantly, nuclear power began its demise long before the Three Mile Island accident in March 1979. Orders for new nuclear power plants actually began to decline in 1974, and no orders would be placed after 1978. more, between 1974 and 1984, the utilities canceled their plans. for more than 100 reactors, many of which were already under construction. Some of the abandoned reactors were over 50% complete.

Light-water reactors built in the past 30 years continue to generate electricity, and plans to develop new reactor-based nuclear power plants have mostly been put on hold for further discussion, following nuclear accidents in power plants such as Chernobyl in Russia in 1986 and the radioactive leaks that occurred in Fukushima in Japan after the 2011 tsunami.

The production of nuclear energy begins with the mining and processing of uranium. These activities are at the “upstream” of the nuclear fuel cycle. The cycle continues with the conversion and enrichment and fabrication of light water reactor fuel (natural uranium is the fuel for heavy water reactors), each of these operations having associated costs. The “back end” of the cycle includes spent nuclear fuel (SNF) management, reprocessing and disposal of highly radioactive waste.

An efficient nuclear fuel must meet the requirements set out by the nuclear reactor design team. These requirements include considerations of safety, economy, and ease of reprocessing or disposal.

The development of nuclear fuel has made remarkable progress over the past 50 years. Reactor fuel residence times have increased by more than a factor of 20, and reliability has increased by several orders of magnitude. Fuel is a small cost of producing energy from a nuclear reactor as opposed to the fuel costs of other fossil fuel energy technologies. Techniques for designing and manufacturing nuclear fuel will continue to evolve, with their evolution being dictated by the economics and new uses of nuclear energy.

Nuclear fuel reprocessing is the separation of used nuclear fuel into potentially useful materials and waste. Separation is achieved by a combination of mechanical, chemical and physical processes. The preservation of uranium resources and the improvement of radioactive waste management are the two main motivations for reprocessing. In principle, almost all constituents of used nuclear fuel can be recycled for further use. In practice, only the recycling of plutonium and uranium has been of commercial interest.

Nuclear energy in the world

There are now 442 nuclear power plants in operation worldwide, and 35 more are under construction. Nuclear energy provides around 17% of the world’s electricity. Thirty countries now have nuclear reactors, with the vast majority located in Organization for Economic Co-operation and Development (OECD) countries, where nuclear energy accounts for almost 24% of all electricity. According to the Nuclear Energy Institute, the top 10 countries producing nuclear energy are, in order, the United States, France, Japan, Germany, Russia, South Korea, the United Kingdom, Canada, Ukraine and Sweden. Nuclear energy provides more than 75% of total electricity production in Lithuania and France, more than 50% in Belgium and Slovakia, more than 40% in Ukraine, Sweden and Bulgaria, and about 30% in 10 other countries. The United States, with 104 reactors in operation, has the most; France has 59 and Japan 54. Japan also plans to build up to 10 additional factories in the coming years.